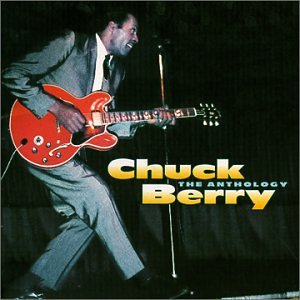 On this day in in 1961 Chuck Berry goes on trial for the second time....
The second so-called “Apache trial” begins for rock-and-roller Chuck Berry. Although his earlier conviction for transporting a minor across state lines for immoral purposes in violation of the Mann Act was thrown out on appeal, the prosecution decided to retry Berry. Chuck Berry was one of the biggest pop stars of the late 1950s when he began to have legal problems. While charges in yet another Mann Act violation were pending (which were dismissed in 1960), Berry met Janice Escalante, a Native American with roots in the Apache tribe, in a bar near El Paso, Texas. According to Berry, who took the young woman on the road with his traveling rock show, Escalante claimed to be 21 years old. After there was a falling out between the two, Escalante complained about Berry to the authorities. During his second trial, Berry was convicted and sentenced to three years in prison. After a short stretch in Leavenworth Federal Prison, he was transferred to a Missouri jail, where he spent his time studying accounting and writing songs. Among the songs he wrote before his release from prison in October 1963 were “No Particular Place to Go” and “You Never Can Tell,” later memorialized in the film Pulp Fiction.
Chuck Berry was born on October 18, 1926 in St. Louis, Missouri. He is 90 years old and still active..

Comment ... I remember him having problems with teenage groupies.
Collapse