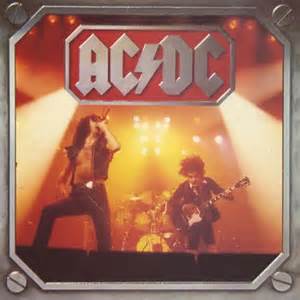 My favorite at the time was, "Dirty Deeds Done Dirt Cheap"... And the Guitar player with the short pants was my favorite..

Back when they were releasing albums like Dirty Deeds Done Dirt Cheap (1977), AC/DC would have seemed an unlikely candidate to become one of the top-selling pop-music acts of all time. But over the course of the coming decades, that’s exactly what these Australian rock gods became, and not by keeping pace with changes in musical fashion, but by sticking steadfastly to a musical style and business strategy that have helped the group stand the test of time. With a hard and loud sound now recognized as influencing nearly all heavy metal music that followed, AC/DC quickly earned a loyal following among hard-rock audiences in the mid-to-late 1970s, but it was “You Shook Me All Night Long” that first gave a hint of their mainstream appeal. “You Shook Me All Night Long” was the lead single from what would prove to be AC/DC’s biggest-ever album, Back In Black (1980). Their previous release, Highway To Hell (1979) had been the first by the group to land on the U.S. album charts, but the group’s planned follow-up was put in jeopardy by the March 1980 death of lead singer Bon Scott, who choked on his own vomit during a bout of heavy drinking. With new singer Brian Johnson put in place just two months later, the group formed in the early 1970s by brothers Malcolm and Angus Young recorded Back In Black in the summer of 1980. The album would spend a solid year on the U.S. album charts, spawning a second Top 40 hit in the form of its title track and a sports-stadium anthem in the form of “Hells Bells” and ultimately selling more than 20 million copies worldwide. AC/DC would never have another single as popular as “You Shook Me All Night Long,” but the group’s ongoing ability to sell full-length rock albums—even in an era when digital downloads have decimated album sales across all genres— is utterly without parallel. The group’s commercial success has been credited, in part, to their refusal to allow their song catalog to be cannibalized and repackaged into compilation albums. Whatever the reason, however, according to the Recording Industry Association of America, AC/DC rank as the 10th-highest-selling recording artists of all time with 71 million albums sold—30 million fewer than Led Zeppelin, but roughly five million more than both the Rolling Stones and Aerosmith and nearly 15 million more than both Metallica and Van Halen.
Collapse