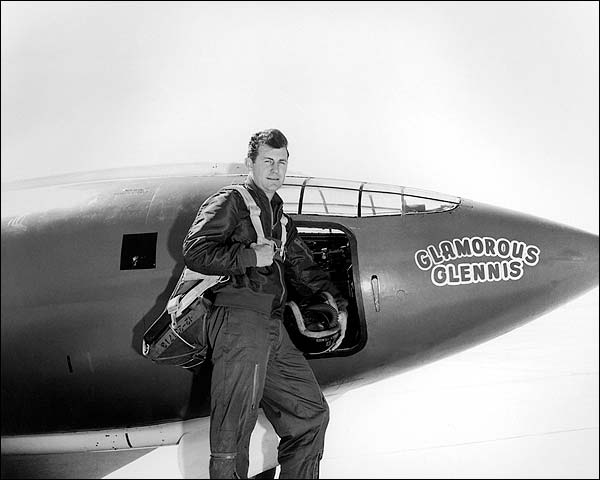 U.S. Air Force Captain Chuck Yeager becomes the first person to fly faster than the speed of sound on October 14, 1947. Yeager, born in Myra, West Virginia, in 1923, was a combat fighter during World War II and flew 64 missions over Europe. He shot down 13 German planes and was himself shot down over France, but he escaped capture with the assistance of the French Underground. After the war, he was among several volunteers chosen to test-fly the experimental X-1 rocket plane, built by the Bell Aircraft Company to explore the possibility of supersonic flight.
Collapse