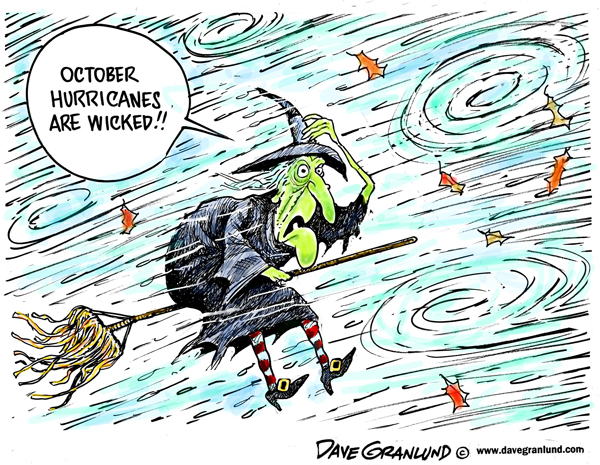 The Hurricane of 1938 was on Sept. 9th. I was born on the 28th.. Which go me thinking. We had a another scare here in America the other day because of Hurricane Matthew. Me being around so long I am well prepared for these events.. But I was thinking. What was the first recorded event like this?.. Well guess what? Here it is.. It was called "The Great Hurricane of 1780"

The Great Hurricane of 1780 was the deadliest Atlantic hurricane in recorded history. Coming during a very active hurricane season, the storm formed on October 9 and struck Barbados the next day with winds possibly exceeding 200 mph. It then passed over several other islands, leaving mass destruction in its wake. Thousands of deaths were reported on each island, and more than 20,000 people had died by the time the storm dissipated.
Collapse