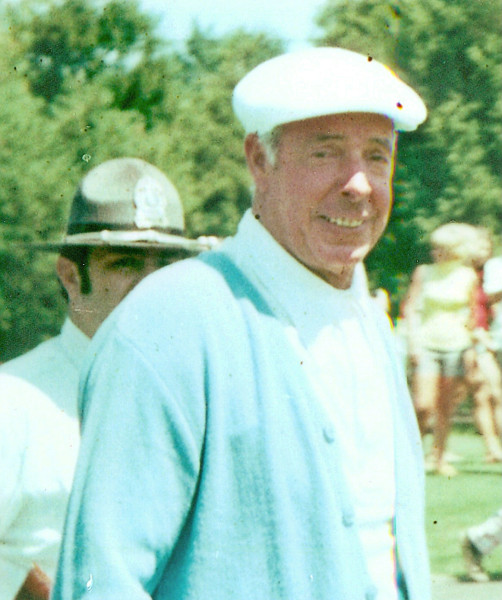 I took this picture of Joe DiMaggio at a golf coarse near Hartford Connecticut many years ago. I said, "Hi Joe smile". ... He looked,smiled and this was the result. A one and only picture that I took.. There is no other like it...Which leads me to this heart warming story about Joe and Marilyn Monroe..
It seems Joe was alarmed at how Marilyn had fallen in with people he felt were detrimental to her well-being so he decided to ask Marilyn to remarry him. Before he could do this, Marilyn was found dead in her Brentwood, Los Angeles home. Her death was deemed a probable suicide but has been the subject of numerous conspiracy theories.
Joe was devastated so he claimed her body and arranged for her funeral at Westwood Village Memorial Park Cemetery, not allowing Hollywood's elite to attend. He later had a half-dozen red roses delivered three times a week to her crypt for 20 years. He refused to talk about her publicly or otherwise exploit their relationship and never married again. When he died in 1999, his last words were "I'll finally get to see Marilyn."
Collapse